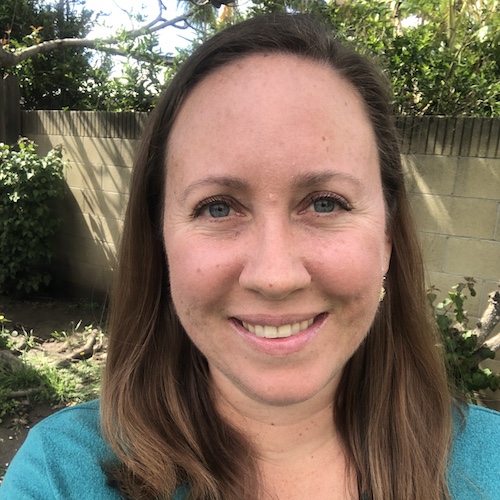 Laura grew up in Orange County and spent much of her childhood surrounded by music, dance, sports, and art. She spent her summers in theater productions, art camps, and being a part of VBS Bands. She started tap dancing at the age of 3 and that has become a lifelong passion! Her love of the outdoors also started as a child by spending a lot of time at the beach! This sparked a love for nature which has greatly enriched her children's homeschooling experience. She graduated from Vanguard University in 2004 with a BA in English and has been in the education field since 2001 in various roles.
She previously was an After-School Program Coordinator for Campfire USA and THINK Together. She is also a certified Music Together Instructor. During her time as an After-School Program Coordinator she taught several subjects including science, dance, music and math (MIND Institute), language arts, physical education, and more. She has choreographed and instructed dance classes and routines for children and adults.
She began homeschooling her children in 2012 when her oldest daughter started Kindergarten. Her children started attending Terra Arts in 2017 and she became a part of the Terra Arts Staff in 2019. She is thrilled to be working with the wonderful students and staff at Terra Arts and considers it a privilege and a joy! As an added bonus, she is part of the Mother/Daughter Theater team with her mom (Cheryl Thomas) being the Theater Director.
Laura teaches Science on Mondays and teaches Dance/Theater on Fridays.